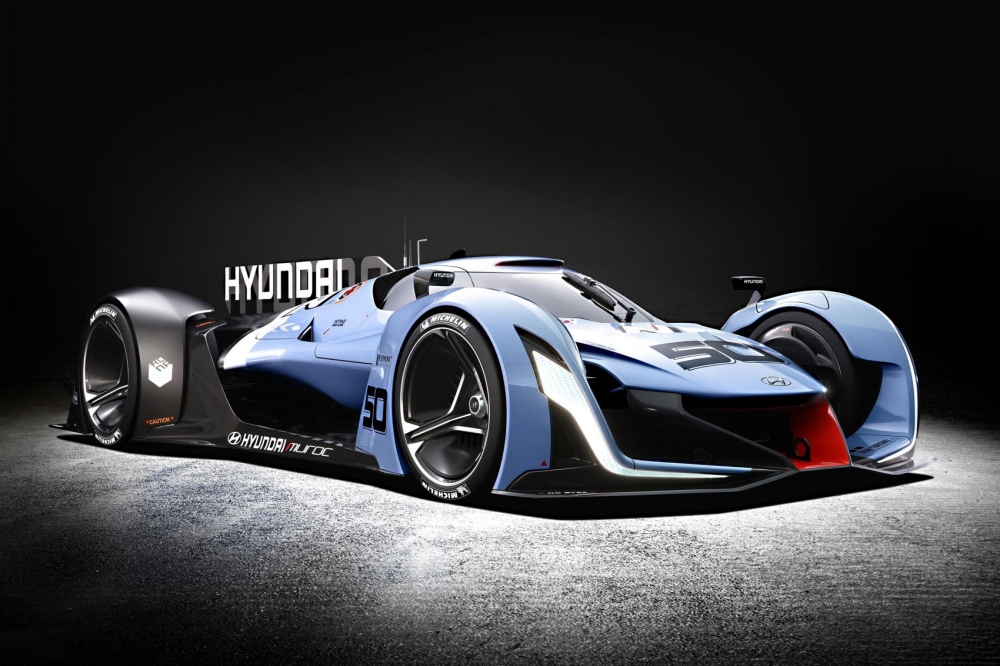 This is the second part of Travel Destinations’ deep dive into hydrogen technology at the Le Mans 24 Hours and the ongoing Mission H24 project. If you missed Part 1 you can read it by clicking HERE.

Looking beyond the immediate future of the H24 project, 2024 and the implementation of the new hydrogen class in ACO racing is looming.

Working out how this will all shake out is perhaps a more complex task than understanding the fuel cell technology itself. How will the cars look? What performance level will they achieve? Which manufacturers will sign up? These are just some of the questions that will remain unanswered for a while yet.

Manufacturer confidence will be a huge and ultimately decisive factor in the formation of this (and any) new category. As a project, Mission H24 is taking real, tangible, strides on a regular basis, but is the progress fast enough to convince manufacturers that race-winning pace at the Le Mans 24 Hours is achievable for a hydrogen prototype by 2024?

The targets set by the ACO and all its project stakeholders are incredibly ambitious, as noted in Part 1. This self-imposed pressure to deliver could result in stratospheric progress, or lead to delays and U-turns that may make manufacturers cautious and risk-averse when it comes to making the final decision on green-lighting a programme.

For now there appears to be an appetite for hydrogen-powered prototypes to compete at Le Mans, among a cabal of OEMs. Travel Destinations understands that eight marques are currently involved in the technical working group and that of those, at least one is relatively close to confirming a programme.

Is just one enough to make this a viable formula? That’s a tough question to answer.

What is undeniable though, is that a manufacturer running with hydrogen power up against Le Mans Hypercars and LMDh entries would steal lots of headlines.

By 2024 Toyota, Audi, Porsche, Peugeot, Ferrari and potentially Acura will all be present at Le Mans and gunning for the overall win, and that’s without any more manufacturers signing up to LMDh or Hypercar. Therefore, there will be multiple factories that don’t win or make the podium, and therefore miss out on crucial coverage.

Anyone racing with a Hydrogen Prototype in 2024 will generate a lot of noise, simply because of the technology being showcased. A real-world example of this is the Nissan Deltawing that ran at Le Mans in 2012, outside of the regulations in a class of its own.

The promise of huge amounts of publicity will surely have a real appeal to some of the decision-makers from OEMs.

It’s all about the stack

There was an interesting reaction to the news that the spec chassis for the 2024 hydrogen formula is being created in partnership with two major companies: ORECA and Red Bull Advanced Technologies. Many fans and keen observers took this as a sign that the Hydrogen category will be ‘spec’, like Formula E was when it first launched and expressed disappointment.

However, once you dig deeper, it’s clear that this isn’t the case. The decision to get two extremely capable organisations, with a reputation of producing high quality chassis, involved in this initiative, is a smart move. It gives the entire project credibility.

As for the cars being ‘spec’, while it’s not strictly true, the decision to make some elements spec has been made for a reason. While certain aspects of the cars, like the chassis, gearbox and battery will be controlled, this will allow more resources to be placed in the area that matters most, the hydrogen stack, which can be freely developed by each manufacturer.

What are hydrogen stacks, you ask? They make up the fuel cell, in which dihydrogen and oxygen atoms combine to form the water molecules that the car will omit. The reaction within the cell produces heat and electricity that powers the car’s motor.

An industry source close to the Hydrogen movement explained to Travel Destinations that the manufacturers will have freedom to develop their own fuel cell. Green GT meanwhile, will provide the electric engine, the batteries and the gearbox.

The heart of the car is the fuel cell and manufacturers can develop their own. And that is the area that needs the most development so it makes sense. The ACO clearly wants the costs to be kept under control, by forcing OEMs to focus on the new technology, and negate the need to spend huge amounts on aero, the gearbox, the chassis.

Travel Destinations understands that the final timing for the fielding of the Hydrogen category at the Le Mans 24 Hours will be made imminently, ACO President Pierre Fillon telling the Editor of dailysportscar.com, Graham Goodwin that  “we will make a decision at the end of June about timing.”

The 2024 timeline is still on the table but the longer-than-expected impacts of COVID have potentially taken their toll.

Either way the proposal is that in year-one a fuel cell car would race likely at Le Mans only, with other FIA WEC races only set to be added the following season.

It seems clear that from the eight manufacturers around the table defining the regulations likely just one will emerge to pick up the baton of a challenging timeframe. How far the hydrogen class progresses beyond that will depend on two things: how many manufacturers sign up and how the filling technology from TotalEnergies’ side progresses.

As mentioned in the first part of this feature, TotalEnergies has developed a portable filling station which it is using at circuits around Europe with the Mission H24 project. However, the station needs to become more mobile therefore more environmentally friendly before it is a sustainable option for a grid of cars racing around the world.

If it turns into smash hit, then there is no reason why these cars won’t be seen beyond the races at Le Mans. Manufacturer commitment is needed before this becomes anything more than a Le Mans-only proposition.

And as Pierre Fillon himself has commented, the technological challenge is enormous: “at this time, I think in the world there is only maybe three brands able to build a powerful and high performance Hydrogen car.”

To have such a cutting-edge car competing at Le Mans top class pace would be a headline generator.