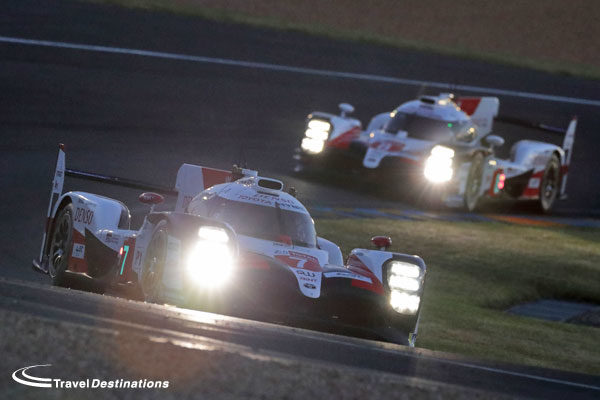 Toyota win Le Mans 2019 but not with the right car

The Le Mans 24 Hours 2019 had stories unfolding from the start to the finish. It was predictable and unpredictable at the same time, if that is possible. A crowd of 252,000 spectators were kept enthralled for the full 24 hours as the story of Le Mans 2019 unfolded. The history books will say that Toyota won Le Mans 2019 comfortably, as was predicted before a wheel turned at the famous Le Mans circuit. However, there was so much more that went in to this race than just a Toyota Win.

Late drama sees the No. 8 Toyota take the win
Toyota dominated Le Mans 2019. No one can argue that. As the sole manufacturer with a hybrid in the top class, it was going to be a big surprise if they didn’t. Even Toyota’s harshest critic would have to recognise that both their cars performed amazingly well. They continued lapping in the 3m20s throughout the 24 Hours and were reliable (almost) until the very end. That alone is impressive and should be acknowledged. It is not their fault they had little competition. From the very start, the No. 7 car of Conway, Kobayashi & Lopez were the quickets. In particular Mike Conway managed to get something extra from the No. 7 car. The No. 8 car of Buemi, Nakajima & Alonso followed behind, except where pit cycle rotation gave them the lead. As the race played out the No. 7 Toyota retook the lead after 2am and didn’t relinquish it until the final hour. Then there was drama. 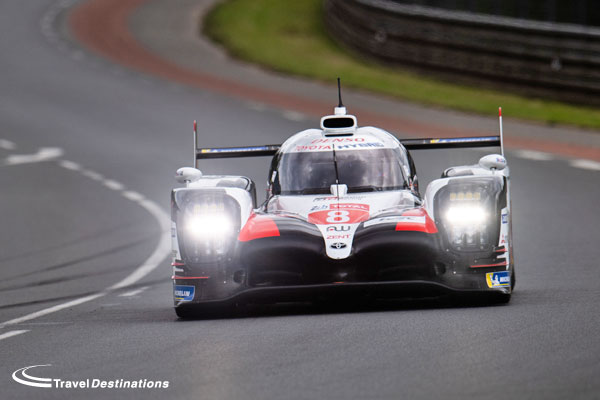 With less than an hour to go in Le Mans 2019, the No. 7 car overtook a GT car and had to move off the racing line to do so. They had done this many times throughout the race, but this time they picked up a slow puncture. They were far enough ahead of the sister car, that they could afford to pit and still come out in front. For whatever reason, a decision was made to only change the punctured tyre and not replace the full set. As the No. 7 car rejoined the race, there was a problem as the car was still registering a puncture. Apparently there was a sensor problem and the wrong tyre had been changed so the No. 7 car had to return to the pit lane again. This stop, combined with the slow running with a puncture, allowed the sister Toyota to catch and pass the No. 7 car. Although the No. 7 car returned to the race, there was not enough time to catch the No. 8 car again. The No. 8 car completed 384 laps of the Le Mans circuit and took the chequered flag to win the Le Mans 24 Hours 2019.

Elsewhere in LMP1 there was a great race between SMP Racing & Rebellion Racing for the unofficial privateers crown (and 3rd place in Le Mans 2019). With two cars each it was a very fair fight which saw both ahead of each other at different stages. In the end the No. 11 SMP Racing outlasted the Rebellion pair after the No. 3 car had a major incident in to a tyre wall. That both Rebellions still finished is a statement to the professionalism of the team, but it was SMP Racing that got to stand on the podium alongside Toyota.

Signatech-Alpine conquer Le Mans 2019
In such a crowded class with similar technology it was always going to be difficult to predict a winner in LMP2 for Le Mans 2019. The race saw special performances from the No. 29 Racing Team Nederland team that came back from multiple punctures and broken suspension after a collision with the wall.  Dragonspeed were impressive early on and looked to be a contender until Maldonado crashed the car before sunrise. The class outfits (with much FIA WEC experience) were G-Drive Racing and Signatech-Alpine. The two teams were battling together from the very beginning. It appeared that G-Drive had got themselves ahead in the early hours of the morning only for a technical glitch on a routine pit stop, find them unable to restart the car. The following 20 minutes spent in the garage cost them at least a podium place. So it was left to Signatech-Alpine to dominate the final stages and finish ahead of Jackie-Chan DC Racing and TDS Racing who kept going until the end. 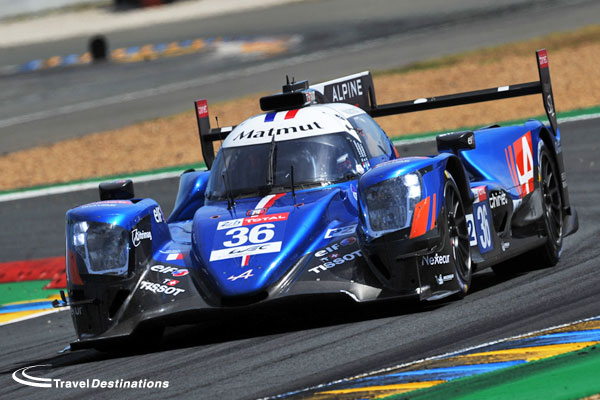 Ferrari step up to take GTE Pro at Le Mans 2019
In many ways this was the class to watch throughout the race. Particularly at the start there were often five different manufacturers all in a line, following each other down the Mulsanne Straight. The lead changed multiple times and often the pit lane was a battle ground as stops happened simultaneously. The race was a disappointment for Aston Martin Racing. having qualified on pole, they were hit by Balance of Performance adjustments, that left them unable to manage tyres and ultimately compete. After a couple of hours they were dropping fast down this competitive field and an accident eventually put paid to their challenge. BMW. in their last Le Mans for the time being, also failed to make an impact. So it was left to Corvette, Ford, Porsche and Ferrari to battle it out. And this they duly did. Corvette surprised many in the last outing of the C7.R and were ahead for long stints in the first half of the race.  However, one too many off track excursions ultimately cost them a podium. Ford were always there and challenging. Their numerical supremacy of 4 cars enabled them to extend their challenge, but this wasn’t to be their year. In the end it was the familiar sight of Porsche and Ferrari who got to decide the podiums. In the end it was the underestimated Ferrari team of AF Corse (a factory team in all but name) that came through to claim the top step. The Porsche GT team were always keeping them honest, but going in to the last hour the Ferrari had built a comfortable lead and were never really challenged as the end of the race approached. 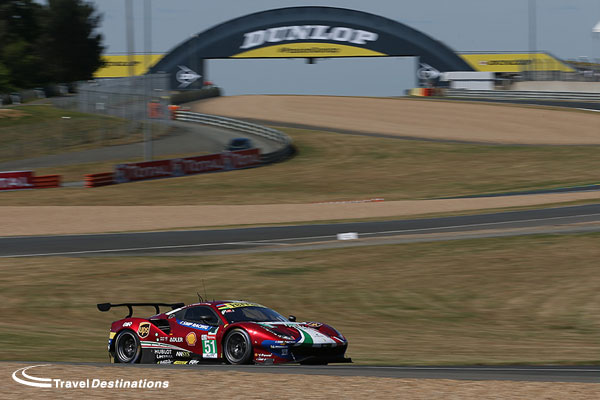 Purple is the colour for Keating
So often overlooked, the GTE Am class, once again, provided an excellent spectacle. initially it looked like a Porsche was the car to have. Both Dempsey-Proton cars started the race well and were closely followed by the Gulf Racing Porsche.  As the race went on, the Project 1 Porsche appeared to get stronger and also came to the fore. However, as incidents thinned the challengers, it was the No. 85 Ford GT of Keating Motorsports that broke the Porsche stranglehold. The purple liveried Ford driven and managed by American Ben Keating, survived a late challenge by Team Project 1 that saw the gap reduced to 10 seconds in the last hour, after damage to the car meant a change of nose for the Ford. However, they managed to stay out in front and hold on for an emotional victory for the whole team. 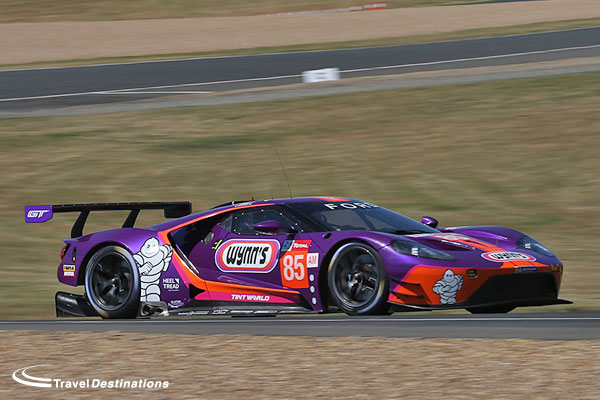 The new FIA World Endurance Championship season begins again in August at Silverstone, and will end at Le Mans 2020. The Le Mans 24 Hours continues to deliver stories and on-track action that makes it the most famous race in the world.