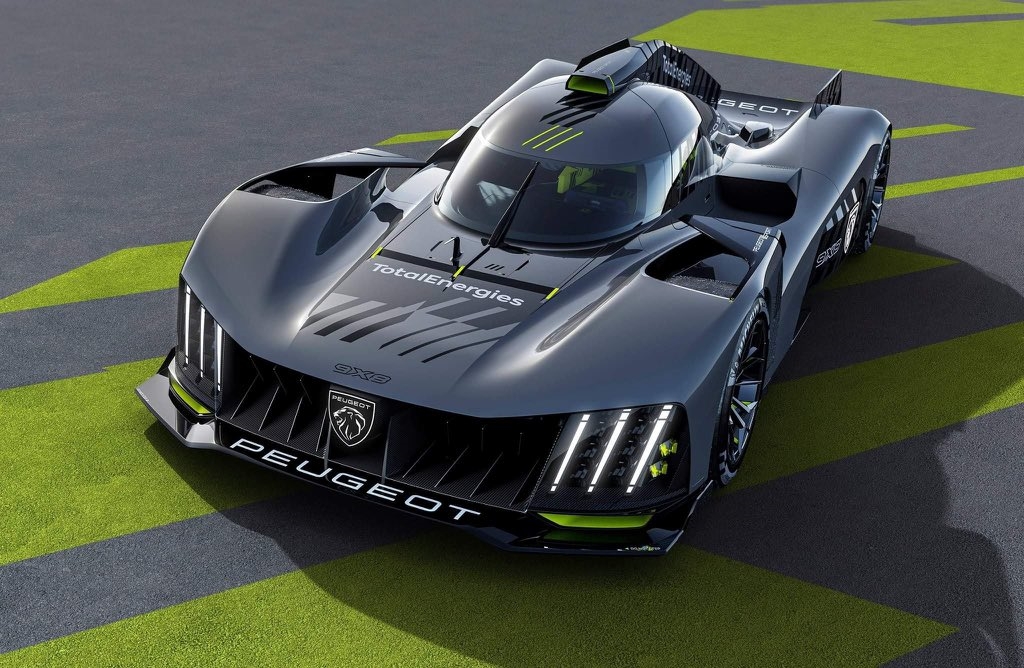 The rumours were true, Peugeot Sport has not just opted to join the FIA World Endurance Championship with a standard Le mans Hypercar, it’s gone radical too!

The brand new hybrid, twin-turbo V6-powered 9X8, launched today, is set to stun fans around the world. It features plenty of nods and styling cues to the Peugeot brand, and a radical aerodynamic design that features no rear wing and a rear-diffuser capable of producing the majority of the car’s downforce.

“Designing the 9X8 has been a passionate experience because we had the freedom to invent, innovate and explore off-the-wall ways to optimise the car’s performance, and more especially its aerodynamics. The regulations stipulate that only one adjustable aerodynamic device is permitted, without specifying the rear wing. Our calculation work and simulations revealed that high performance was effectively possible without one.”

“The absence of a rear wing on the Peugeot 9X8 is a major innovative step,” adds Stellantis Motorsport Director Jean-Marc Finot. “We have achieved a degree of aerodynamic efficiency that allows us to do away with this feature. Don’t ask how, though! We have every intention of keeping that a secret as long as we possibly can!”

The drivers all appear to approve. Travel Destinations understands that the entire roster has played a part in helping develop both the simulator and the cockpit. Work has been ongoing for months, with drivers and members of the design team interacting and working hard in the build up to the testing phase.

“The 9X8’s lines are very different to those that have been unveiled or hinted at in recent months. It will be a historic moment if we succeed in winning with this car because nothing in this style has ever been attempted before,” said Mikkel Jensen.

Loic Duval added: “There are cars that you look at and say they’re nice from the three-quarters front view, say, or from the side, from the front or from the back. The 9X8 looks terrific from every angle!”

As for the car’s powertrain, the engine has been tested on the dyno, and TotalEnergies is understood to be in the thick of the planning stage surrounding the car’s batter. Parts for the car are already being manufactured and stress-tested too, with the car still on track to begin testing in December.

What does the 9X8 monikor refer too?  ‘9’ is a nod to Peugeot’s previous topflight sportscars, ‘X’ refers to its all-wheel-drive technology and hybrid powertrain and ‘8’, the suffixed used for all of Peugeot’s current models.

The theme of brand references and nods to the past can be found across the car. The 9X8’s front and rear lights take the form of ‘three claw-like strokes’, linked to Peugeot trademarks, while the brand’s new logo features in backlit form at the front and on the sides of the car. The colour scheme too, ‘Selenium Grey’ and contrasting ‘Kryptonite’ acid green/yellow mirrors the colours selected for the new 508 and 508 SW road cars.

“Since the 9X8 is a Peugeot, the original sketch that steered our work portrayed a big cat ready to pounce, a stance which we have suggested by the slightly forward-tilting cockpit”, said Design Director Mattias Hossann. “The overall lines of the Peugeot 9X8 express the brand’s styling cues, while its sleek, racy, elegant forms inspire emotion and dynamism.”

The Peugeot is set to make its race debut during the 2022 season, though Peugeot hasn’t confirmed to the full season with its pair of 9X8s just yet. Travel Destinations understands that the leaders of this effort and keen to ensure the car is fully ready before it takes on Toyota and Glickenhaus for the first time. Whether or not it will be seen at Sebring, Spa and Le Mans early in the year remains to be seen.

What is clear is that Peugeot still sees value in sportscar racing and Le Mans, and is incredibly excited to return to the front-end at Le Mans very soon.

“There’s more to Peugeot’s involvement in endurance racing than the sporting aspect,” said Peugeot CEO Linda Jackson. “Endurance racing is a form of motorsport that provides us with an extreme laboratory, which explains why our association with Le Mans is so strong. More significant perhaps than the results we obtain on the race track are the opportunities it provides to prove our technology and the fruit of our research work in a race that throws extreme conditions at you for 24 hours.

“Le Mans gives us a competitive environment to validate the hybrid systems and technologies we are currently developing to reduce the fuel consumption – and therefore CO2 emissions – of our road cars. The teams at Peugeot Sport are proud when they see their research carried over to our production models. For our customers, Le Mans is a laboratory that testifies to the quality of our cars.”

If you want to be trackside at Le Mans next year call us on 01707 329 988 today and book your space. Camping spaces, hotels and certain ticket types are already limited for 2022.