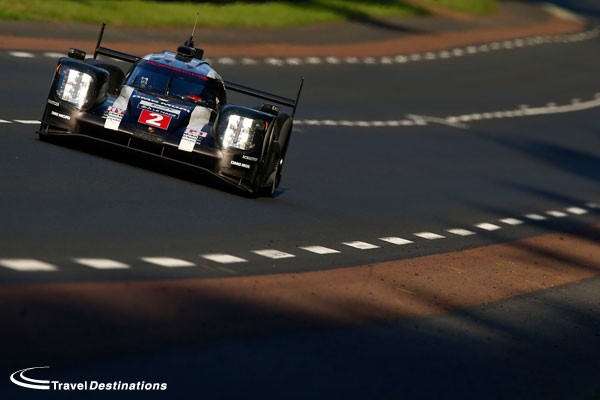 Barely a week has passed since Le Mans 2016.; not even a chance for the dust to settle (or the mud). Whilst memories are still vivid, Stephen Kilbey reviews the five main talking points you have all been discussing this week.

Toyota is back
Let’s get the end of the race out of the way first. Le Mans was a bitter disappointment for everyone involved with the Toyota Gazoo effort. Having Kazuki Nakajima retire, grinding to a halt on the final lap, from the lead, minutes away from the marque’s first Le Mans win, in front of thousands of fans on the pit straight. It was heart-breaking to watch. 30 years after its first attempt, it seems that Toyota ran out of luck, yet again.  But the positive is that the TS050 is most definitely competitive – a far cry from its 2015 showing – and the team will be more motivated than ever to bounce back not only in the rest of this season, but at Le Mans 2017. Toyota is clearly capable of winning the big race, and it certainly deserves to as well. If Porsche, Toyota and Audi all continue to be there or thereabouts with each other on pace, then the remainder of the FIA WEC season should be an absolute corker! Ford won big, but just how big?
There are so many question marks surrounding GTE racing as a whole after last week. Ford was clearly desperate to win, coming in with its GT which had had a myriad of testing, and money thrown at it from all angles. The result; a 1,3,4 at the race, with only one of its cars having issues. It is now more apparent than ever that the Ford GT is so advanced that even the ACO and FIA couldn’t reign it in. After very quiet outings at Silverstone, Spa and the Le Mans Test Day, the Fords suddenly lapping four to five seconds quicker in race week was conspicuous to say the least. Most personalities within the paddock genuinely believe that the car can go even faster; into the 3:40s at La Sarthe, had there not been the potential for further uproar, which is remarkable in terms of engineering but worrying in terms of the future of the class. Unless the ACO and FIA get their heads together and make some serious changes to the way that Balance of Performance is calculated, then the arms race is on, and it is unlikely to last long. GTE stalwarts Corvette, Aston Martin and Porsche deserved better. Notable newcomers
Ford aside, there were many new names on the grid at this year’s Le Mans 24 Hours who impressed all week long. In LMP2 Eurasia Motorsport bagged a top five finish with its Oreca 05, becoming a successful ELMS convert, along with Panis Barthez Competition’s Ligier which crossed the line eighth. Both teams ran their cars well, and managed front running pace with their star drivers. Tristan Gommendy in the Oreca and Paul Loup Chatin in the Ligier really showed their abilities during the race.

And in GTE Am, Clearwater, which loaned a Ferrari 458 after winning the GT class in the Asian Le Mans Series using a GT3 McLaren, managed to nab fourth in its class. It was an absolutely incredible result for the team on its first trip, with McLaren GT factory driver Rob Bell putting the car on pole, before having a reliable run to the finish. It is safe to say that the entire crew enjoyed themselves. One can only hope that we see another ‘chrome’ GTE car in the field next year. More bad luck for the champs
After such an incredible second half to last season, the current World Champions in the No.1 Porsche 919 just can’t catch a break in 2016. Brendon Hartley’s incident at Silverstone whilst running in the lead, followed by mechanical troubles at both Spa and Le Mans, has left the trio practically out of the running for the Drivers World Championship this year before the halfway point of the season.
With just 3.5 points apiece, Timo Bernhard, Mark Webber and Hartley sit 19th in the overall standings, and in desperate need of a positive outing. After such disappointment this year’s French classic, expect both the No.1 Porsche and No.5 Toyota to come out swinging at the Nürburgring.

A flourishing feeder system
If Saturday morning’s Road To Le Mans LMP3-GT3 race told us anything, it is that there are plenty of teams and drivers with aspirations of racing at Le Mans in the future. The driving standards in the 40+ car field were overall pretty promising, and the numerical split between prototype and GT3 numbers shows that there is interest in both formulas. Martin Brundle headlines aside, what the Road To Le Mans showed us is that it is a worthy part of the Le Mans 24 Hours support bill going forward, and is a necessary step on the ladder to La Sarthe. Expect it to come back bigger and better in 2017.