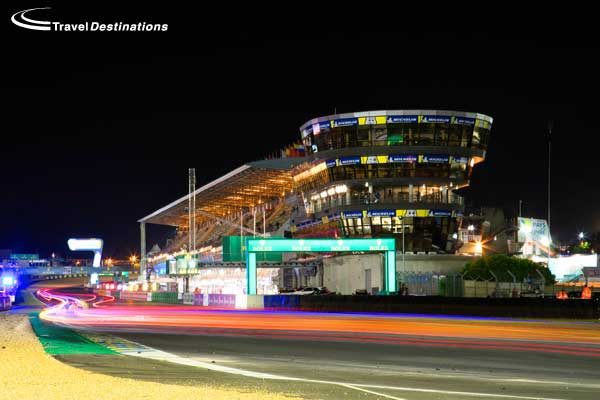 My phone calendar has helpfully reminded me where we all should be next week. As we move into what would have been Le Mans week, many of us are filled with a longing for La Sarthe. You often don’t appreciate something until it’s gone, but we have always appreciated the spectacle that is Le Mans.

You don’t have to look far to find negativity regarding the future of Le Mans on websites, forums and social media groups. It has been there for a while, even before the pandemic. However, while it may not be fashionable right now, I would like to point out the positives and see if we can find some reasons to be cheerful. After all, the Le Mans 24 Hours will return and so will we.

The virtual Le Mans event next week may be just a reminder of what could have been, but expect the ACO to be reminding everyone the real thing will return this September. Once it was apparent that the race couldn’t take place this June, the ACO was relatively quick to pencil in the 19th & 20th September for this year’s race. Initial doubts that this may still be too early to return to Le Mans, have now been replaced by belief that this will happen.

We know that the ACO is currently liaising with the French government at various levels from local to national, to see what requirements will be required to make the race safe for everyone, including spectators. Those in charge will do their best to make that happen. Don’t get me wrong, Le Mans 2020 may not have the same crowds as previous races, but accepting that may be the best way forward. Expect further news soon, so watch this space….

It is never too early to plan Le Mans. We already know that the Le Mans 24 Hours in 2021 will take place on the 12th & 13th June and you can already book your place through Travel Destinations (of course you can!). Why should we be looking forward to 2021?

This could be the start of a new era in sports car racing and you can be there at the beginning! Well nearly the beginning, as actually the new season of the FIA World Endurance Championship (WEC) is scheduled to start earlier in the year, with new machinery most likely making their debuts at Sebring in March. 2021 will see the entrance of Hypercar. The journey to get here is less important now. The cars will be here and racing.

At the time of writing we know that Toyota will be present. Their loyalty to Le Mans should be recognised by us all. We also know that they will be joined by two cars from Scuderia Cameron Glickenhaus for what has been dubbed by Jim Glickenhaus himself as a ‘David vs Goliath’ battle. In 2019 Toyota manufactured more than 10 million cars. Glickenhaus produced less than 400.

Does that mean that Glickenhaus cannot take the fight to Toyota and win Le Mans? It wouldn’t be the first time that we have seen something like that happen. Glickenhaus also has form when it comes to surprising doubters; just ask Jeff Westphal who took pole position for the American team with its in-house 003C at the Nurburgring 24 Hours a few years ago when up against the factory-backed GT3 cars from Audi, Porsche, BMW, Mercedes and Bentley.

We also know that ByKolles is likely to take to the grid with its new Hypercar too, so this could be the start of a new manufacturer competition at the front of the grid.

Just when you have got over the excitement of seeing Hypercars race at Le Mans, you have something more to look forward to. The Le Mans 24 Hours in 2022 is set to be the first time you will get to see the new LMDh class go head-to-head with the Hypercar field, which is in-turn set to be bolstered by the return to Le Mans of Peugeot Sport.

The claims in recent years of tensions between the ACO and IMSA appear to be unfounded as the two bodies have come together and approved a global top class, paving the way for something truly special at Le Mans; a huge field of manufacturers fighting for the overall win, the likes of which we haven’t seen since the late 1990s.

Along with the possible addition of Peugeot to the Hypercar grid, there is a sizeable list of prospective manufacturers all currently evaluating LMDh programmes. Porsche, Mazda, Cadillac, Audi, Acura, Lamborghini and McLaren are all known to be ‘in the room’ and seriously considering their options. It is now a case of which marque makes the first move and gives a programme the green light, but it all looks promising.

Back in 1923, André Lagache & Réné Léonard won the very first 24 Hours of Le Mans. Ultimately, they had two grandstands at the circuit named after them too. 2023’s centennial celebrations should be something not to be missed. A new pit-complex with future-proofed garages enabling the introduction of a Hydrogen class at Le Mans, set to be unveiled for 2023, is currently in the works.

Needless to say, a centenary of racing at Le Mans will be celebrated in a big way throughout 2023, and the Le Mans 24 Hours (and, we believe, the Le Mans Classic too) will be at the centre of it. It is certainly something to start looking forward to. The crowds will be huge and the manufacturers involved will all be more eager than ever to claim a historic victory.

We may not be able to watch racing at Le Mans next week, and of course that is disappointing, but look a bit further down the road and there are a lot of reasons to be cheerful.