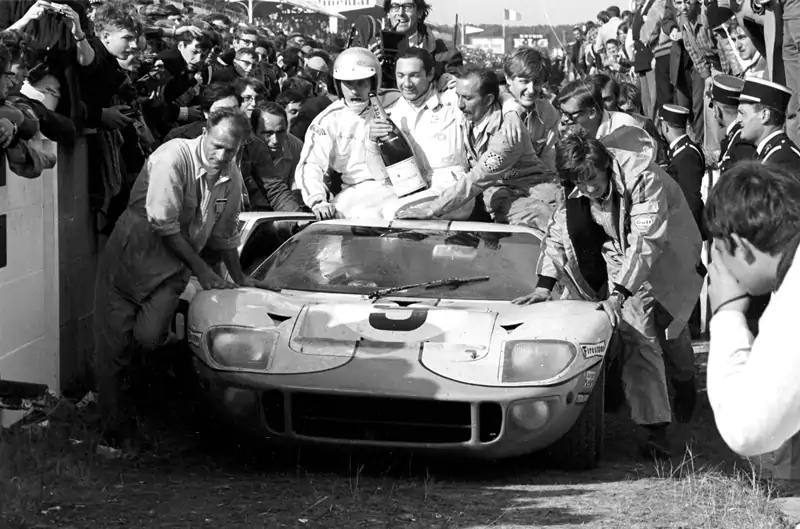 Any Le Mans regular will know that it is highly unusual for the 24 Hours to be held in September. Things will be very different this year, but the action this year should still make for a fascinating watch.

Conditions for the teams and drivers will be somewhat unfamiliar, with no fans present, more night hours and a schedule condensed into four days. For the drivers that have perennially complained that race week at La Sarthe is too long and drawn out compared to a normal weekend, making it harder to stay focused, now is their time to shine.

But this year isn’t the first time that the Le Mans 24 Hours has been pushed back to September however, as civil unrest in France during the summer of 1968 prompted the ACO to postpone the event and make it the final round of the World Sportscar Championship that season.

So what was it like? Well the race itself was a memorable one, and not just because of the date change, as Stephen Kilbey writes…

Le Mans in the 1960s is always associated with the Ford vs Ferrari rivalry, but the ’68 edition wasn’t contested by factory efforts from either marque. Instead it was a race in which privateer entrants from Ford did battle for the victory up against Porsche’s factory and privateer teams as the challenges from the Alpine, Ferrari, Alfa Romeo and Matra outfits either faded or failed to feature.

The winning car was an iconic one, a JW Automotive Ford GT40 draped in a Gulf livery, driven by Pedro Rodriguez and Lucien Bianchi. It was a case of an older car coming out of retirement to claim a famous win.

Changes to the rules which limited the engine capacity of the prototype cars prompted Ford to withdraw its works effort after the Shelby-American team won the race in the two previous years with the GT40 MK II and GT40 MK IV respectively. With the regulations changed and the factory team out of the picture it was up to privateer teams to fly the flag for the ‘Blue Oval’. Enter John Wyer’s Slough-based outfit, who bested the field with the GT40 MK I up against a mixture of prototypes and grand tourers.

The French marques looking to reclaim the Le Mans title for their homeland after an 18-year drought were the real losers here.

Alpine scaled up its effort, and entered a record nine cars in the race. Had the event been run in June, it wouldn’t have been ready to stage such an attack with its A210 and A220 prototypes, though strength in numbers didn’t help on this occasion.

In the end just three of its cars made the finish, with the best of the trio crossing the line classified eighth, 34 laps down on the winning Ford after suffering multiple mechanical issues; though it did pick up a third place finish in the Prototype subclass for 3.0-litre cars. Its other two finishers, in the Prototype category for 1.15-litre cars took a 1-2 finish while finishing 10th and 14th overall.

Matra on the other hand, only entered a single V12-powered MS630 longtail for Messrs Pescarolo and Servoz-Gavin as part of a decision to focus on its Grand Prix programme. In fact, the French outfit wouldn’t have headed to La Sarthe at all had the race been run in June. Like Alpine, the delay to the event provided it more ample time to prepare.

As it turned out Matra fared better than Alpine for much of the race with its lone challenger. Johnny Servoz-Gavin stuck the car fifth on the grid for the race, before Henri Pescarolo (who would score three straight wins in the early 70s with Matra) moved up the order during the opening hours, claiming second overall before midnight.

It was a story of heroics from there on in for the team. A fault with the windscreen wipers persuaded Matra CEO Jean-Luc Lagardere to retire the car, but Pescarolo refused to throw in the towel and drove on. He battled through the night in an attempt to keep the team’s podium hopes alive with rain coming down through the early hours of Sunday morning. In the end his efforts would come to nothing though, as a puncture damaged the car terminally just after midday. Matra would have to wait another five years to claim an overall win.

Porsche also couldn’t seal the deal, the winning Ford proving too much for the Stuttgart make, which like both Matra and Alpine was searching for its maiden Le Mans victory. Porsche had seven cars on the grid, four of them new-for-68 908s fielded by the factory, with a further trio of 907s from privateers.

On this occasion the 907 came out on top, with the Swiss team Squadra Tartaruga coming home second overall, though five laps off the JW Ford. The factory’s hopes ultimately ended in the first half of the race and Just one 908 would finish, but after losing an hour to repairs for an overheating issue. Rolf Stommelen and Jochen Neerpasch pushed hard on Sunday to make up for lost time, although a third place finish was all they could muster, finishing a lap behind the brand’s Swiss customer team that in turn took the 3.0 litre Prototype class honours. The duo did however complete more laps than the trio of works Autodelta SpA Alfa Romeos that completed the top five.

Put simply, it was John Wyer, and consequently Ford’s day, against the predictions of many who had Porsche down as the favourite. Porsche had enjoyed plenty of success that season and had collected World Sportscar Championship wins at Daytona, Sebring, Palermo, Nurburgring and Zeltweg before Le Mans, where it looked to claim another win and the championship.

The combination of Rodriguez and Bianchi was also an unknown quantity for the JW Automotive team too, as injuries to two of its star drivers – Jacky Ickx and Brian Redman – (who together claimed two wins together that year) meant a new line-up was required at the last minute for Le Mans in the No.9 Ford.

Bianchi at least was a two-time class winner ahead of what would be his final ride at La Sarthe, but Rodriguez had retired nine times in his previous 10 attempts and finished only once (seventh overall in 1965). On the day though both would drive faultlessly, and after Porsche’s factory cars hit trouble in the opening hours would take control of the race. It may have been a 1-2 finish for Gulf GT40s too had the sister No.10 entry of Paul Hawkins and David Hobbs not suffered a clutch issue and subsequent engine failure having run up front in formation with the winning GT40 during Saturday afternoon.

Wyer wouldn’t leave disappointed however, as the victory for his team was comfortable and secured the Manufacturers’ crown in the World Sports Car Championship for Ford by three points over Porsche. It was real added value for the American giant which had poured so much into its Le Mans effort during the decade.