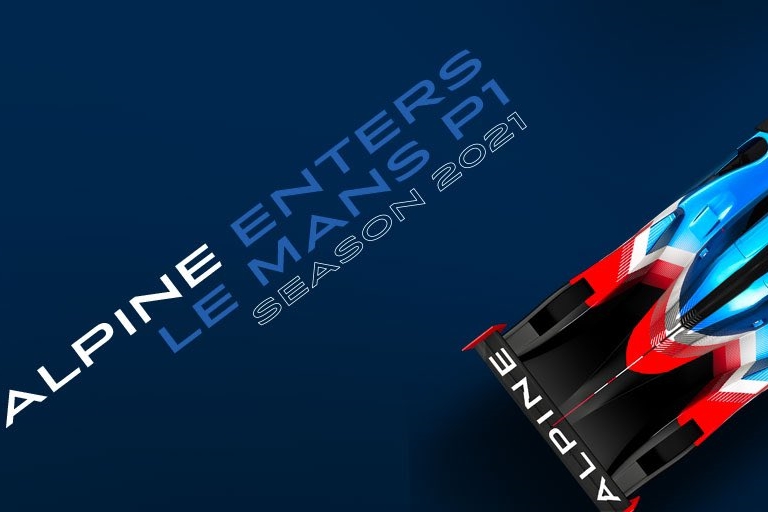 French automotive manufacturer Alpine has announced today that it will be racing in the top class of the FIA World Endurance Championship next season with a grandfathered LMP1 car. This is an incredibly welcome surprise for everyone in and around the FIA WEC, and kicks off what is set to be a big week for Le Mans news ahead of the delayed 2020 Le Mans 24 Hours this weekend.

So what do we know, what do we think we know and how significant is this announcement?

Travel Destinations understands that Alpine will race a grandfathered (Gibson-powered) Rebellion R-13 for this FIA WEC programme, leased from ORECA (which manufactures the chassis) following the end of Rebellion Racing’s LMP1 effort at the end of this season. The R-13 a proven, race-winning car, which in the hands of an aspirant manufacturer like Alpine could prove to be a force in the WEC’s new-look top class.

Just how competitive will it be? Well a lot will come down to how strong the Le Mans Hypercar offerings from Toyota, Glickenhaus and ByKolles prove to be in their debut season. The Le Mans Hypercars are expected to be slower in terms of lap time than the current crop of LMP1 cars, meaning the Alpine will need to be handicapped in order to balance the field.

This plays to Alpine’s advantage. Should the restrictions on the car not prove too harsh, then the R-13 (which will likely be re-badged an Alpine) can surely take the fight to Toyota’s challenger? The R-13, after two seasons of competition, is a package that has proven to be pretty reliable, and quick too, so a de-tuned version of the car – in theory at least – should be even more capable of surviving the bumps at Sebring and the stress-test that 24 hours of racing at Le Mans provides.

Entering the 2021 season with a proven piece of machinery in a year that will see all of its competitors getting to grips with a new formula, looks like a smart move from Alpine and its parent company Renault at this stage. Alpine has been a stalwart in LMP2 racing since it first partnered up with Signatech back in 2014 and has WEC and ELMS titles and multiple Le Mans class wins to its name. The transition should therefore be relatively seamless to LMP1, especially as the R-13 is, in effect, a heavily modified version of the re-badged ORECA 07 the team competes with currently.

Many feared that Renault’s decision to re-brand its Formula One team as Alpine for 2021 would mark the end of Alpine’s run in sportscar racing. But this is clearly not the case. Renault is showing that it has bold plans for its boutique brand, which lest we forget, has a long and storied past at La Sarthe, with an overall win in 1978 among the successes.

So where will this lead? Currently, grandfathered LMP1 cars are only eligible in the FIA WEC for the 2021 season as part of the championship’s transition to the new Le Mans Hypercar era. So beyond next year it remains to be seen what Alpine decide to do. But the rumour mill is already churning away, with many outlets confident that this move to LMP1 is part of a wider plan to join the Le Mans Hypercar/LMDh formula in the medium term, allowing them to compete for Le Mans wins outright with a brand new car. The prospect of winning the 2023 edition, on the 100th anniversary of the inaugural Le Mans 24 Hours, for instance, has to be on the minds of those behind Alpine’s sportscar programme, especially with rival brand Peugeot Sport already signed up and readying itself for the task.

That’s a ways off though. Right now it’s time to get even more excited about the 2021 FIA WEC season. Toyota vs Alpine vs Glickenhaus vs ByKolles at the front of the field at Le Mans? It’s shaping up nicely!

Want to make the trip to Le Mans next year for the 24 Hours or Classic? We’re already on sale for 2021 and demand is high! Give our office a call today to get yourself a package booked on