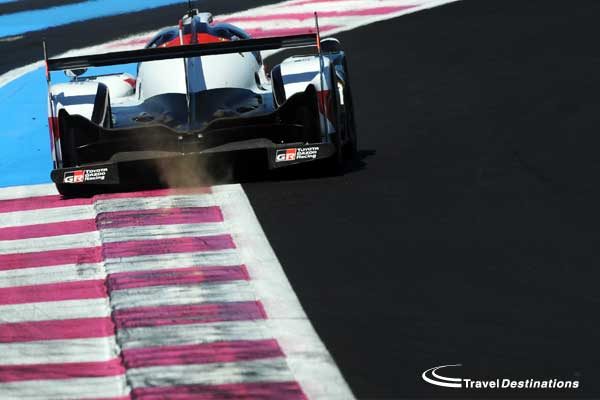 More questions than answers after the FIA WEC prologue

With the 30 hours of FIA WEC testing at the Paul Ricard circuit now in the books, it is clear that the 2018/19 “Super Season” will be an intriguing one across every class. 35 cars were present, and all of them got a good number of laps in, with no teams suffering any major dramas. We saw many new teams enjoy the experience of competing in the world endurance championship; new cars put to the test, and notable new faces turn heads in their respective machinery. 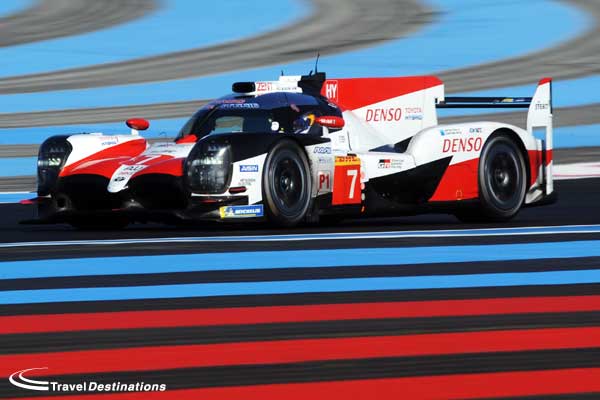 In the LMP1 class, there is reason to believe that it may not be quite the Toyota whitewash that many are expecting. In fact some of the running indicated plenty of reasons for optimism that it may turn into a fierce contest. The final time sheets after the two days of running had concluded, showed that the Toyotas were far ahead of its privateer competitors on pure lap time. But that wasn’t the full story. On Saturday morning, long after its fastest times were set, Toyota revealed that it had been able to achieve such quick times, because it was running its TS050 HYBRIDs un-restricted and so outside of the current LMP1 regulations. This Toyota said was to stress test a new cooling system.

What conclusions can we draw from this?
One; the gap between Toyota and the rest of the LMP1 field come the first race at Spa-Francorchamps may not be as big as the time sheets indicated here.
Two;  it appears that real politics are already at play. Toyota were accused by some of trying to see just how fast the privateers could lap by secretly pushing its own cars beyond the enforced limits. If that wasn’t their game, then there is a legitimate question as to why they didn’t make it clear it was running un-restricted before the test began?
Three; Toyota are not beyond causing a little controversy to obtain their goals this season. Namely winning the FIA WEC championship and most importantly winning at Le Mans. 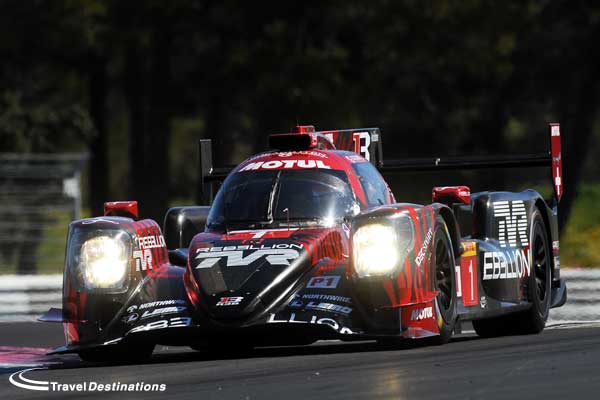 Despite Toyota’s debatable actions, all five privateer teams left either encouraged, or extremely positive. SMP Racing turned in a lot of laps with its BR1 AERs, Rebellion Racing showed its (brand new, and untested) R-13 had both pace and real potential in the reliability department, ByKolles’ enjoyed a near faultless run with its new revised Nissan engine, DragonSpeed’s new BR1 Gibson was in the mix on pace and the CEFC TRSM team were pleased with the output of its very new team of drivers, three of the five, lacking any prior LMP1 experience. So all boxes ticked. 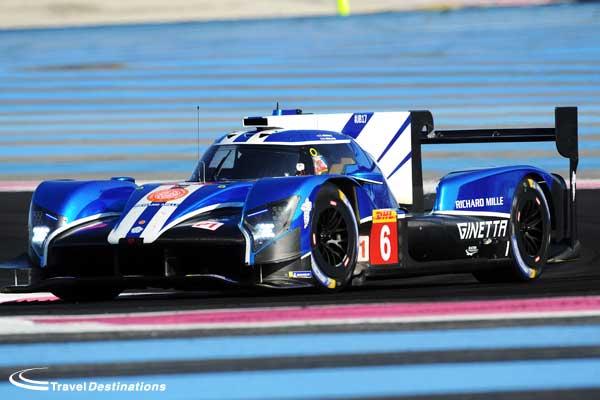 Whether at Spa and Le Mans, the LMP1 privateers will prove to be as reliable and quick enough to challenge Toyota, and or whether or not Toyota has a lot in reserve, remains to be seen. But at this stage, fans of the FIA WEC should be excited, because all of the new LMP1s are clearly quicker than the LMP2s, and at the very least were able to produce very similar lap times. The fact that there are so many unknowns can only be a good thing. Even if Toyota do run away with it at times, there is sure to be a titanic battle for the third podium spot.

In LMP2, and GTE Pro too, it appears we have a real war on our hands. The secondary prototype division produced a major surprise, DragonSpeed’s ORECA 07 Gibson pacing the field with Michelin tyres; notable, considering last year the whole class ran with Dunlop. There is a tyre war breaking out, which will only add to the spectacle throughout the FIA WEC season. 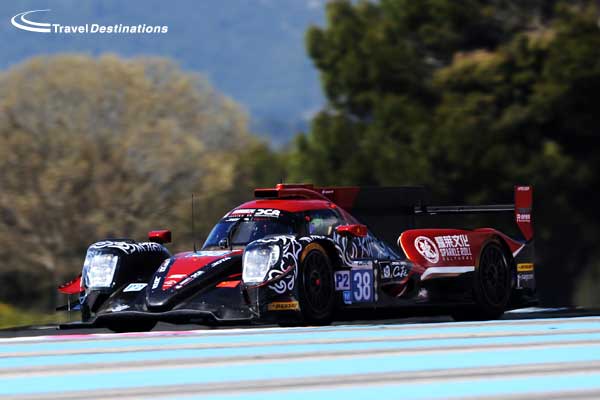 GTE Pro meanwhile, saw Porsche and Ford lap fast, with Ferrari, BMW and Aston Martin leaving a little concerned. With almost a two-second gap between the top two and the bottom three, many in the paddock were left wondering whether the Balance of Performance, which Le Mans aside is fixed until after Silverstone, is way off, or whether there are some games being played. It must be noted though, that the three models off the pace are still being developed at this stage. AF Corse’s 2018 evo-spec Ferrari 488s had a tough time, the No.71 catching fire and missing a day’s worth of running, and the No.51 struggled with tyre degradation (an issue nobody else suffered). Aston Martin and BMW’s cars meanwhile, are brand new, so their true pace is likely yet to be unlocked. 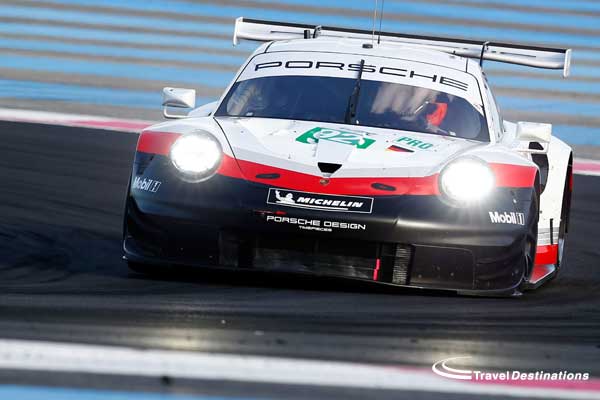 We have seen all of this before. In a Balance of Performance formula like GTE, there is little point in showing what you’ve got until the last possible minute. The big takeaway here is therefore that Aston Martin’s new Vantage, and BMW’s new M8 GTE both seem up to the task. They proved near-bullet proof, and managed hundreds and hundreds of laps, which bodes well for the rest of the FIA WEC super season, that includes two Le Mans 24 hours races. 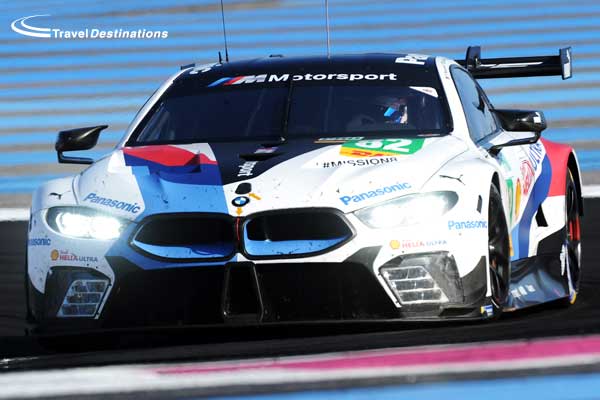 Over all this was a good FIA WEC prologue weekend; tinged with a little controversy, confusion over the real pace of much the field, but ultimately pointing the way to the excitement yet to come. 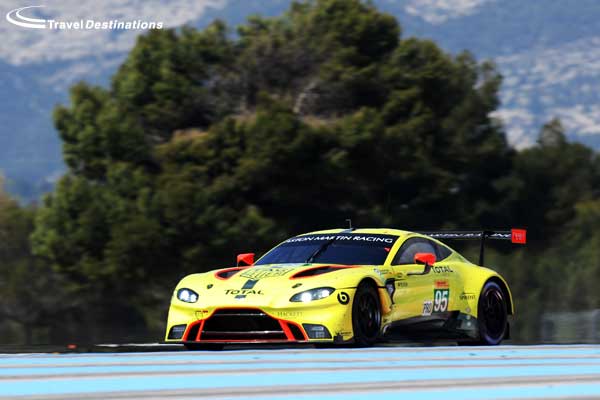