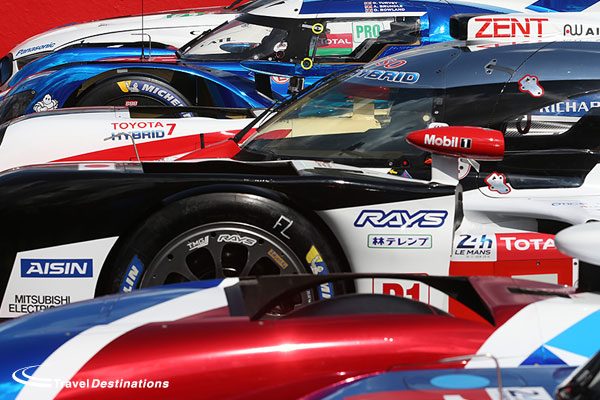 This year’s Prototypes field at the Le Mans 24 Hours, is big, full of variety and high-profile talent. LMP1 is the biggest it has been in years; bolstered by privateer teams, while LMP2 is again huge, and features a chassis and tyre war for everyone to look forward to. Both classes will be intriguing, and with so many questions yet to be answered in each, fans track-side and at home will have plenty of reasons to stay up all night and follow the action.

Let’s start with the 10-car LMP1 field, because it is the big story, and will (almost certainly) produce the overall winner. Porsche’s LMP1 programme may be over, but Toyota has stayed put, meaning that we will see Hybrid LMP1 cars running at incredible speeds around La Sarthe once again. The one question on most fans minds though will be whether or not the Japanese marque’s new privateer competition will be able to give it a run for its money. At this point, answering that question is hard, as it’s become a very complicated subject over the last few months. 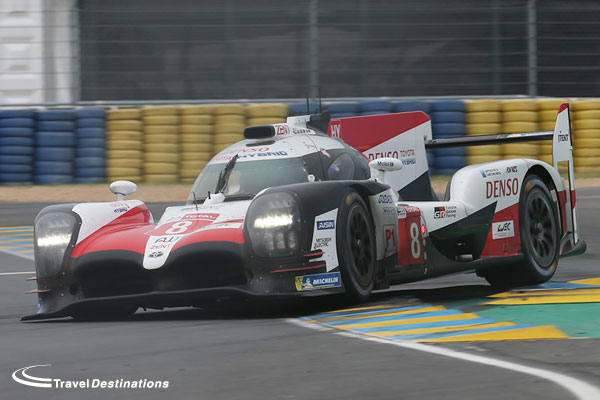 What are we likely to see? Toyota having a noticeable (but not dominant) advantage in pace, being able to run longer, and spend less time in the pits, through the Equivalence of Technology (EoT) regulations which seemingly have pegged the privateers back. So do the privateers stand any chance at all? Well… Yes and no. There is a good chance that one of them will lead the race, most likely in the opening stint, before the artificial EoT restrictions come into place. But beyond that, if the race runs clean and to plan, then expect them to slip further and further out of contention. It must be pointed out though, that Toyota has entered 13 cars at Le Mans in the hybrid era, and only two of them have had a clean run to the finish. This is a team that has come achingly close, on multiple occasions, and fallen short. This year, the pressure is off more than it has been in the past – it’s running the same TS050 HYBRIDs as last year (with minor tweaks) and the privateer competition is (as expected) not going to be a strong as the might of Porsche and Audi. Anything can happen though.

But, even if Toyota does win the race in dominant fashion, it will more than likely be a popular victory, because this is a brand that at this point, almost deserves a win after showing such loyalty and class over the years, without claiming any wins in France. It will also go down a storm if Fernando Alonso is in the winning car. Say what you will, but this is a ‘Triple Crown’ run, and we should all be rooting for it. It is rare that we see Formula One drivers looking outside of the bubble for other opportunities while in the prime of their careers, so make the most of this. It’s a big story, and there’s no avoiding it. Keeping Le Mans and the FIA WEC relevant to the public is a very hard task, so having a two-time F1 champion fully committed to a dual programme should be greeted with open arms. 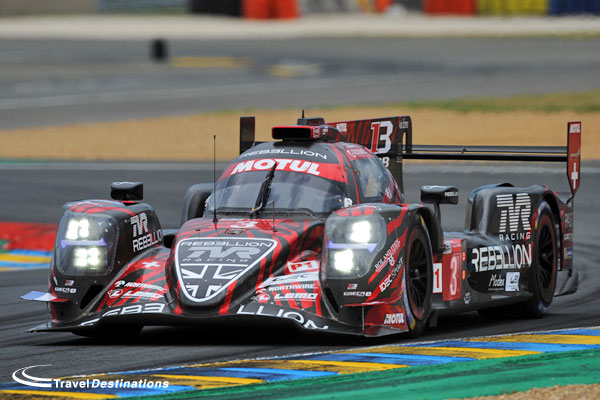 Outside of Toyota, we have five LMP Non-Hybrid entrants, with varying degrees of expectations. At this point, it seems that Rebellion Racing and its brand new R-13s are head-and-shoulders the best of the bunch. A good run at Spa, and a pacy run at the Test Day (where the No.3 finished up just six tenths off the fastest Toyota) have put the team in good stead to score an overall podium. Both cars have proven to be reliable (despite limited running) and have standout driver crews including 2016 LMP2 Le Mans winner Gustavo Menezes, and former overall Le Mans winners Neel Jani and Andre Lotterer. If there is going to be a privateer in with a shout, look no further than the Swiss.

Elsewhere, SMP Racing will hope it can also be in the fight with its BR1 cars. The car has shown potential, but the horrific blow which Matevos Issakyan suffered at Raidillon will inevitably put a microscope on this effort, especially as Jenson Button is joining the team from Le Mans onwards. Changes have been made to the car to prevent a repeat of what we saw in Belgium, but there hasn’t been enough running yet to categorically rule out any similar occurrences at Le Mans. Do Button and the Russian team have a shot here? Yes. Reliability could well become the deciding factor in which privateer finishes closest to the Toyotas, and the BR1 is the most developed of the non-hybrid chassis. 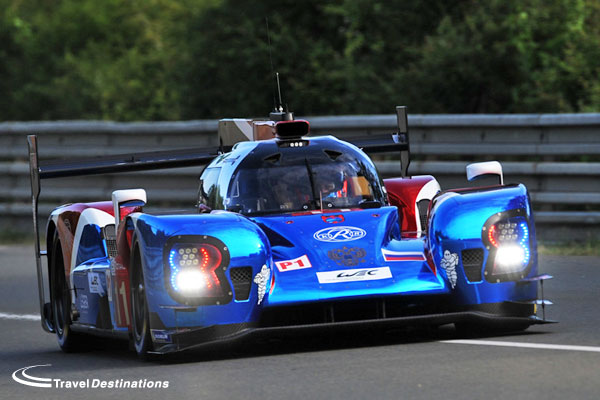 Outside of that, we have ByKolles, CEFC TRSM and DragonSpeed. All three have a lot of work to do, in the reliability and speed department to be considered contenders. It’s just too early for all three to expect much from Le Mans, which for them will be used as more of an extended (and very public test). DragonSpeed, like SMP, also had a huge incident (though a very different one) at Eau Rouge/Raidillon, leaving the team in a race against time to prep a brand new BR1 for the big race. ByKolles’ poor form over the years leaves very few with any sort of confidence and CEFC TRSM just hasn’t run its Ginetta G60-LT-P1s enough due to financial difficulties to expect anything more than a week full of new-car niggles and data gathering.

Then there’s LMP2. It’s a big field once again, with three of the four LMP2 chassis represented (ORECA, Dallara and Ligier) and two tyre brands (Dunlop and Michelin). There’s a lot to like about this year’s field, though it appears that in low-downforce trim, even with the new evolutions of the Dallaras and Ligiers, the ORECA is still the car to have. 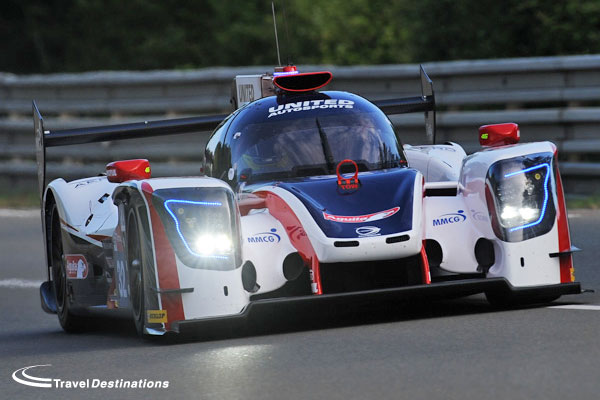 At the Test Day, ORECA 07s ended up locking out the top five, with the fastest of the other chassis being the No.22 Ligier JS P217 from top team United Autosports. There is a divide in performance in raw pace, but during long runs, it remains to be seen what the Ligier and Dallara teams can do. As a result, for the moment it looks like the winner will most likely come from the ORECA camp, even though many will be rooting for the likes of Juan Pablo Montoya (also on a ‘Triple Crown’ run, with United) or the legendary Jan Lammers (in his 24th and likely, final appearance in the race) to feature up front. 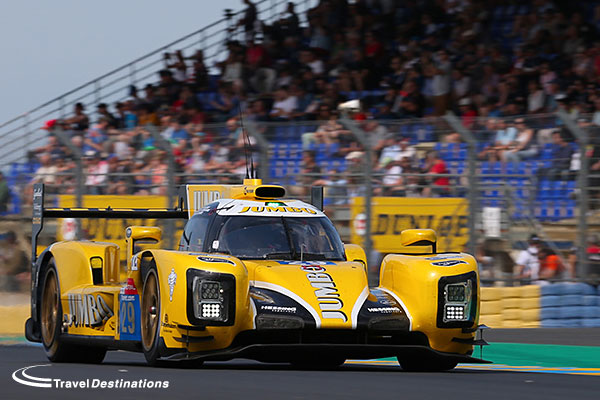 Of the ORECA teams, who are the favourites? DragonSpeed’s No.31 car, spearheaded by a highly-motivated Pastor Maldonado, which is on Michelin rubber, looks to make noise. Former LMP2 winner Signatech Alpine does too, its A470 (an ORECA re-badged) driven by former Toyota factory man Nicolas Lapierre, the rapid Andre Negrao and fast amateur Pierre Thiriet. It does look though, like a more balanced class than years past. There’s no ‘outrageous’ line-up, and the fact that five of the 20 cars are running on Michelin could well add spice when the chips are down.

There is not long to go now, so soon all will be revealed. Hopefully we will have safe race & one that will live long in the memory.