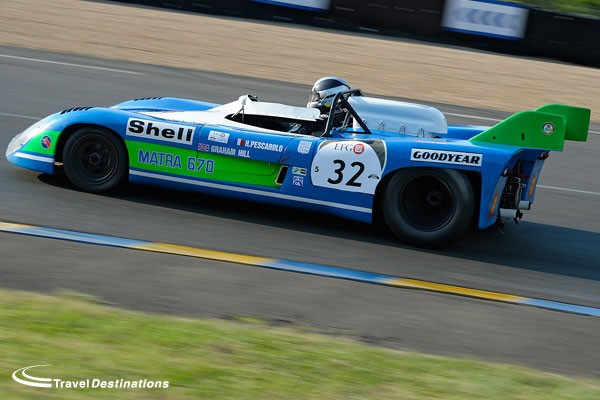 In homage to his father Jean-Pierre who died last year, Julien Beltoise will race in grid 6 with Henri Pescarolo (who still holds the record for the highest number of races; 33) in the same Inaltera that he drove with Jean-Pierre in 1976. Another driver who spearheaded the Matra attack in the early 70s, Gérard Larrousse, the current president of the Drivers’ Club, is back at the wheel of a Porsche 550 Spyder (1958). Eric Hélary, a hero of Peugeot’s historic triple in 1993 will share his time between a Chevrolet Corvette C3 (1970), a Lancia Beta Gr.V (1979) and an Alfa Romeo T 33 TT (1971).

British driver Andy Wallace, who won the race in 1988 in a Jaguar, remains faithful to the make as he will be at the wheel of a D-Type (1955). The Englishman is among the drivers who have raced in the event on multiple occasions with 19 starts. But his former team-mate in 1988 Jan Lammers from Holland, entered in an Austin Healey 3000, has racked up more starts than Wallace as he has 22 to his name. Emmanuel Collard has also reached this number after just competing the Le Mans 24 Hours for the 22nd time this year. At Le Mans Classic he will be tackling the long circuit in a Porsche 908/3 (1971) and a 911 Turbo RSR (1974).

The Le Mans Classic takes place on the full Le Mans circuit from the 8th – 10th July. Travel Destinations are official agents for the Le Mans Classic and are proud to have been looking after spectators at the circuit since its inception, offering private trackside camping, pre-erected glamping tents, and our Flexotel Village cabins all on the circuit. For late bookings for the 2016 Le Mans Classic please call 0844 873 0203.