One of the really big names in sports is retiring: Le Mans record winner Tom Kristensen will contest his last race as a professional race driver in São Paulo (Brazil) at the end of November. The 47-year-old Dane will be retained by Audi as a representative and partner of Audi Sport. “Naturally, the retirement of […] 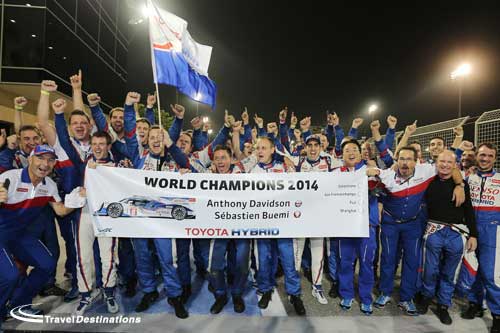 Although the No. 7 Toyota of Alexander Wurz, Mike Conway and Stéphane Sarrazin took their first win of the season in Bahrain, at the end of a thrilling FIA WEC Six Hours of Bahrain, it was their teammates in the No. 8 Toyota who claimed the overall FIA World Endurance Championship crown. Anthony Davidson and […]