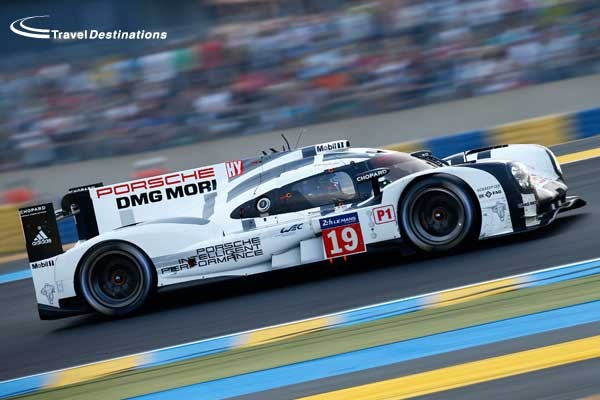 History making speed, not just over single laps but over full stints, and indeed the whole race, a depth of quality that few other years have managed to match, and close racing between fierce rivals in every class all combined to give us one of THE best Le Mans’ ever.

Look at it this way – more than one car was faster over a full stint, throughout the race, than the pole time set over a single lap last year, and the cars used less fuel year on year in doing so! That’s an astounding step forward.

Better still it wasn’t a race dominated by a single car, or a single make with Audi looking like real contenders as the race bludgeoned its way into the night. Audi’s all too rare failure to secure the top spot came down to four issues: a freak accident for Loic Duval in the No.8 car, other cars confused by conflicting flag and light signals causing a knock-on effect with faster cars approaching from behind, a hybrid issue for the No.9 car which had been in real contention, bodywork issues for all three Audis that saw the No.7 car drop out of contention after losing part of the rear deck and, blinding speed from the Porsches, Nick Tandy in particular doing major damage to Audi’s aspirations during a mammoth three hour turn overnight that saw the No.19 car take control of the race.

A podium for the No.7 crew and an historic fastest race lap from Andre Lotterer were just consolation prizes for a team that seldom fails to find perfection. Toyota were just plain off the pace, whatever sums were done in Cologne over the winter break seem to have come up with the wrong answers, and there are rumblings of major changes to come for the programme.

Nissan arrived with their extraordinary GT-R LM NISMO having mounted a rearguard action to reduce expectation levels. There was huge interest in the new cars, a major fan favourite effort, but the pace simply wasn’t there yet. No hybrid boost from a system that has proved troublesome throughout its gestation left the Nissans both struggling for pace and in major braking difficulties, the car having been designed to harvest braking energy, with that not available the knock-on effect left the team changing brakes regularly. That said the team got a car home, albeit unclassified, and nearly made it two with the No.23 car out only as the final hour approached.

Porsche though deserved their first overall win since 1998. Sustained pace from all three cars, and almost problem-free running for the leading pair put them on top of the endurance racing world.

The headlines went to the drivers, current F1 man Nico Hulkenburg, young Kiwi Earl Bamber and Brit Nick Tandy, with the 1,2 completed by the No.17 car of Brendon Hartley, Timo Bernhard and Mark Webber.

The real stars though were the people that came up with the extraordinary 919 Hybrid, the first 4 cylinder powered car to win at Le Mans in over 80 years and a step forward in technology that, despite it’s huge leap in performance and efficiency, still produced rock solid reliability to allow pace of a quite extraordinary nature.

Who knows what they’ll produce for 2016?

Don’t forget to reserve your place at Le Mans 2016 with Travel Destinations now!