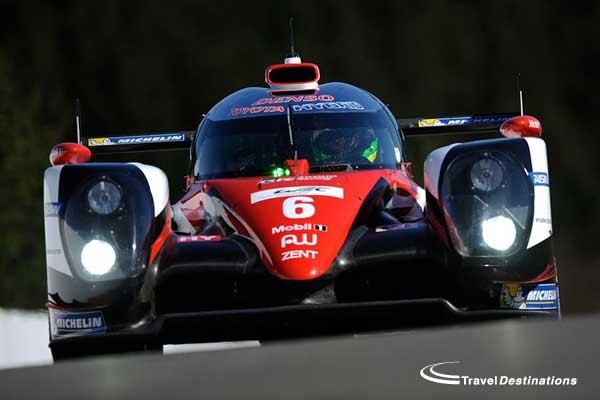 After much anticipation the provisional entry list for the Le Mans 24 Hours 2017 & the FIA World Endurance Championship was announced today. Le Mans 2017 will be the first season without Audi so the initial look of the grid is very different from previous years.

LMP1 Class
Not only is this class missing the headline act of Audi, but with Rebellion switching classes, the field was always going to be a little light this year. Just six cars will be making up the top tier at Le Mans 2017 with more teams promised to bolster the ranks in 2018. However, for 2017 Toyota have chosen to add a third car to their FIA WEC cars giving them the numerical advantage. The reigning champions Porsche will be fighting to retain the Le Mans trophy with 2 cars. The class is made up by the single privateer in ByKolles, with Robert Kubica their lead driver. They will be looking for a better performance than last year, but realistically they would be more than happy with a sixth place finish behind the big guns. LMP1 may not be what it was, but if Porsche and Toyota give us a finish like last year, nobody will be complaining about the missing Audis.

LMP2 Class
The biggest field by far is here with 25 entries. Most of these cars are stepping up from the European Le Mans Series and there are only 9 competing in the FIA WEC this year. It is new start for the regulations in LMP2 so this is a healthy number to see on the list. The split between Europe and the USA is clear to see with only Ben Keating making the entry list from the IMSA stable. With such a large field it will certainly be difficult to predict the outcome, which will make things exciting for everyone involved.

GTE Pro Class
Some of the most anticipated racing will no doubt be from this class. 13 cars and 5 manufacturers could actually make this class the headline act in 2017. Ford look like they could be the ones to beat, with a 4 car entry on the back of an impressive performance last week in Daytona. Porsche could be the challengers after returning to the fray with the new 911 RSRs. Aston Martin, Corvette and Ferrari won’t just be making up the numbers either, so this could well be a fight right to the finish.

GTE Am Class
There is a good mix of cars in the GTE AM class as well as good numbers. 16 cars have been invited with a spread across the FIA WEC, European Le Mans Series, Asian Le Mans Series and IMSA. From a British perspective it is great to see the experienced JMW Motorsports team back after missing out last year & the Gulf Racing team Porsche makes a welcome return after an underrated turn in 2017. Aston Martin will also be flying the flag for the UK with 3 cars, but Ferrari has the numbers again with 8 cars in the field. Last mention in the class should go to Labre Competition’s sole Corvette, that has new Rolex 24 at Daytona winner Ricky Taylor named as lead driver.

So there you have it with 2 cars in reserve, could this year’s Le Mans 24 Hours prove the doom mongers wrong and actually turn out to be a classic. Certainly the potential is there, so all you need to do is be at Le Mans 2017. If you haven’t already booked then time is running out, call Travel Destinations now to book your place.