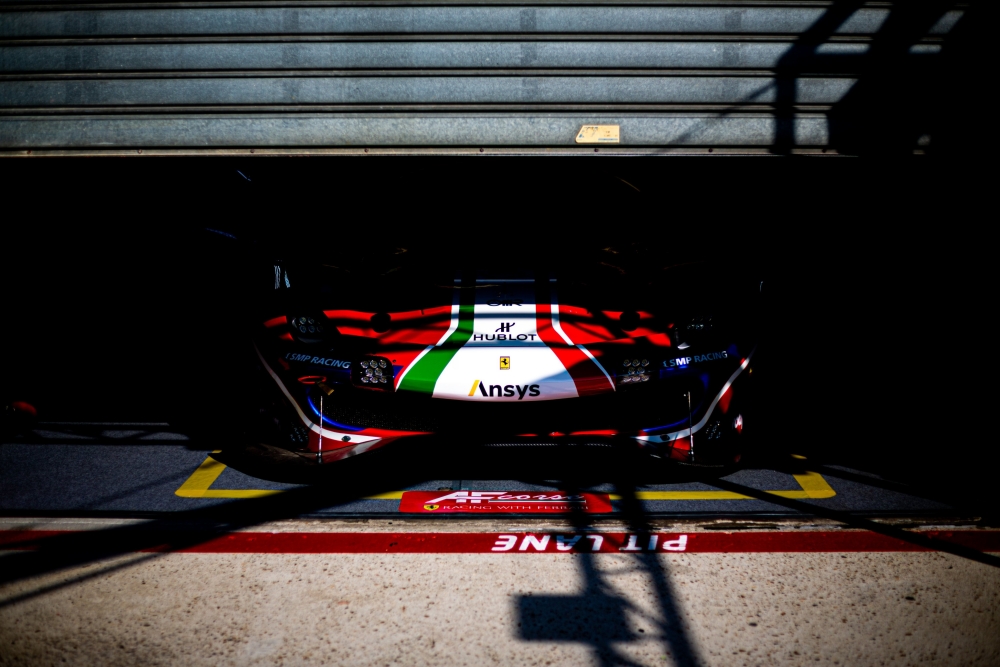 It is Wednesday of race week at Le Mans and before any cars have hit the track it already feels ‘different’. With very few non-team personnel on site in the paddock, no fans and very little pomp and circumstance prior to the start of Free Practice, this truly is going to be a Le Mans 24 Hours like no other.

But, the waiting is now almost over, and the fact that we will all still be able to enjoy the Le Mans 24 Hours in 2020 is a huge victory for the sport and the organisers.

All the cars, teams and drivers are already in the paddock and set up for the event, with Scrutineering taking place throughout the day.

While a few members of the paddock on the ground have already pointed out to Travel Destinations that it seems almost ‘too’ quiet with no spectators, they unanimously agree that it still feels like the Le Mans 24 Hours of old, with every team up and down the paddock already fully focused and on putting maximum effort into the task at hand.

As for the cars themselves there are plenty of new and tweaked liveries to get used to, including a pair of superb tribute liveries from Porsche on its GTE Pro cars.

These new colour schemes (below) celebrate the 50th anniversary of Porsche’s first win at Le Mans with the 917.

Once track action starts tomorrow, keeping the race aside for a moment, all eyes will be on the new Hyperpole format for Qualifying. It will see competitors have just 30 minutes on Friday to record their fastest possible laptime. This will decide the top six positions in each class. The remaining cars will have their spot on the grid decided on Thursday during Qualifying Practice.

“We shall have two sessions specially dedicated to fast lap times. The idea is to more clearly identify the specific period when the competitors are in pure speed mode and showcase the adrenaline and suspense that is so different on our track,” says ACO Sporting Director Vincent Beaumesnil.

“Previously, we could guess roughly when the competitors were going to attempt to record their qualifying time from the track conditions, the temperature and the stage the car was at in its testing programme. But there were no guarantees and, of course, they were not necessarily in competition with each other at the same moment in time.

“Now they will be, and it will be a festival of speed! On such a long circuit, this session is going to be a favourite with drivers and fans alike.”

It certainly looks like an exciting change on paper. We now wait to see how it plays out in reality. If it’s a success, then it’s yet another reason to be there track-side early in the week in future years.

But the real intrigue pre-race is of course the ACO’s annual press conference on Friday afternoon. There we expect to hear updates on the Le Mans Hypercar and LMDh platforms, the 2021 FIA WEC calendar and the ACO’s future plans for hydrogen technology.

In addition to what the ACO has to say, Peugeot Sport has revealed that it will be releasing further news about its forthcoming top class project. Travel Destinations understands we will see the French manufacturer compete in the FIA WEC full-time with a Le Mans Hypercar from the 2022 season on. Will we see renders of the car this week? A development timeline or testing schedule? We will have to wait and see!

Beyond that are any further surprises on the news front likely this year? Well there is every chance; especially with the debut of the new top class regulations quickly approaching. Le Mans week is always a hotbed for news, rumours and gossip, and Travel Destinations is already hearing murmurs…

It will be interesting, as always, to see if what’s being whispered turns out to be true!

Images courtesy of the ACO/Porsche